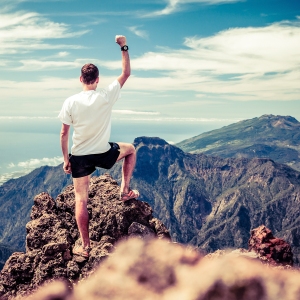 I wasn’t going to do the obligatory end of year post, but what a year it’s been!  When I read over my posts from the past two Decembers, I realize just how far I’ve come. One thing I learned this year─even when your dreams come true, there’s usually a surprise or two in the mix.

In December of 2014, I wrote about how my life in general and my writing career in particular seemed to be gathering momentum. I had goals and plans, and they were taking shape. At the end of 2015, I noted how my goals and plans had changed, but the progress I had made was beyond my expectations. The same was true in my private life as well, as I had begun to consider some major changes to my day job.

Well in 2016, everything happened. I sold some of my business interests, a major change in my day job situation. The universe threw me a wonderful curve ball─as soon as I voiced my true desire and made a commitment to pursue it, the people and resources needed to make it happen came forward without me having to seek them out.  Funny how things begin to happen when you get out of your own way!  The result was I had a bit more time and energy to ramp up my publication schedule for my debut, Unexplained, Book One of the Higher Elevation Series. I also set up my author website and finally learned the whole process of producing an indie book and bringing it to market.  Unexplained, a paranormal romance, was published October 25 and was well received. Book Two, Untouched. followed on November 22.

Those surprises I mentioned?  I’m still working through them. There was some fallout from rearranging my businesses, and those you can never accurately predict, because people react to changes in different ways. Some aspects went well, some were difficult. The same was true for my rapid release schedule for my books, which I am still in the midst of (Book 3, Undeniable, comes out January 3, 2017). It was a thrill to finally be a published author, but there was some fallout from that, too. I talked about my unexpected reactions in my last post, Post-Publication Syndrome─Now What?

But that’s how it goes when you’re an entrepreneur, you learn as you go. If you start to think you know it all, you’re heading into dangerous territory. But I say learning is part of the fun, right?

So heading into 2017, it feels like I’m on a whole new level. As seems to be the state of the world, rules and traditions are changing, and all at a pretty rapid pace. The dust is beginning to settle in my personal life, making way for new things to grow.  I have new ideas for some old writing projects that have been fermenting, and a few new stories I’d like to work on.  Looks like the future is wide open, and I’m ready for the surprises yet to come.

What about you? Have you had any surprises this year? What are your goals for 2017?

Are you making plans for 2015? Writing out your goals? If so, congratulations- that is the first step toward actually achieving your desires.   The act of writing it down gives your dreams a shape, allowing you to more easily attract what you desire. Even if all of your goals are not met in the time frame you hoped, you are more likely to take steps forward if you actually write them down on paper or on your screen.

Of course, it’s only the beginning. The rest is work, focusing and to an extent, luck. Personally, I check in on my goals periodically throughout the year. Last year in December I wrote a post about my writing goals because frustration had caused me to re-assess where I was at. By the end of the post, I realized I had made much more progress than I gave myself credit for, and that my writing projects did have potential- so giving up out of frustration would have been a really bad idea.

That is another benefit of writing out your goals- it may help you to see where you are actually at. Looking at last year’s post, I can see where I have made progress this year:

I also published at least two blog posts each month, so I actually wrote way more this year than I had expected. Color me surprised! I was lucky to have time and opportunity to be able to focus on writing. Some years it just doesn’t work out that way.

I have also made a conscious effort to not procrastinate or get distracted by shiny things on the internet, and you know that’s not easy!

So this upcoming year, I will take last year’s goal (focus on writing words) and add to it- edit my “darlings” until they are ready to face the world. Taking what I accomplished last year and hopefully, giving it momentum.

What is your goal this year? Do you find writing down your goals really helps?

Whatever your goals and dreams, I hope they find momentum in 2015!

You can do it!