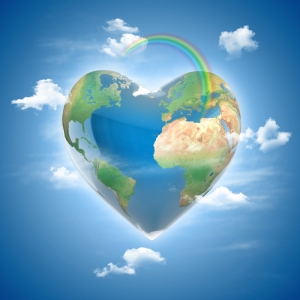 Unless you have been living in a cave with no wireless internet, chances are you have seen and heard of way too may tragedies going on in the world recently. This Age of Information we now live in is a very sharp double-edged sword- it makes some aspects of our lives so much easier, but they are also now more complicated and dangerous than ever.

I usually steer clear of heavy topics on this blog, but as we near the end of the year, I cannot help but reflect on events that have shaped 2015. Personally, I am blessed beyond my expectations with love, friendships, good health, and material comforts. However, I feel tremendous sadness, some anxiety, and a growing fear of the future that I have never felt before in my life. I have lived through the assassination of a president, the Cold War, the fall of the Berlin Wall, and 9/11, but it feels as though the world we live in today is more dangerous than ever before.
The Age of Information- Blessing and Curse
Part of that may be due to the sheer volume, the tsunami of information we are inundated with on a daily basis. Even people in developing parts of the world now have access to more information than at any time in history. A majority of it is delivered in real time, too. You have to purposely unplug yourself and hide to avoid the onslaught of information, both positive and negative. Of course, the negative receives much more attention, playing to our fears, and therefore feeds upon itself, sometimes to the point where anything positive is drowned out. Throw in the need many people have to enjoy their “fifteen minutes of fame”, and the result is an ever-increasing explosion of one-upmanship.
So it takes concentrated effort to avoid hearing and seeing the horrors that are happening in the world. I don’t want to stick my head in the sand, because ignoring it won’t make it go away and my moral compass wouldn’t allow me to. I also don’t want to become depressed because I can’t save the world, or paralyzed with so much fear I become agoraphobic and don’t leave my house. There has to be a way to strike a balance of being empathetic and helping those in need, and still retain my sanity and maybe some hope for the future of humanity.
I don’t know about anyone else, but this year, it’s been a struggle to find that balance.
Cold vs. Warm
I remember in the 1980’s, at the height of the Cold War (before the fall of the Berlin Wall), a common topic in the news was how close we were to all-out nuclear war with the U.S.S.R. The consensus was we were very close, and there was much discussion on how to avoid it, though no solution was in sight. It was around this time Sting wrote and released a song called, “Russians”. (For the video, click here. For the lyrics, click here). What I recall most about that song was how it rhetorically asked if the Russians loved their children, as much as we (I assume he meant Europe and the U.S.) love ours. It was a poignant reflection on the sanctity of life, and the basic human instinct to protect your children, pointing out that both sides wanted their children to survive, so why race to have the biggest weapon that could destroy the legacy of both sides?
Fortunately, for a time at least, that particular threat has subsided. The problems we face now (and I mean the entire human race, not just the U.S., Europe, or Russia) are global threats, threats that may come not only from so-called superpowers or leading nations, but from anyone, anywhere, at any time. One wonders if the many tragic incidents we have seen in recent years would have happened at all if there was no chance of it being broadcast around world and made into a spectacle. Or, have these awful things always happened, but we just weren’t privy to it?
I don’t have answers to my own rhetorical questions, and I wish I did. What scares me the most, personally, is the idea that there are beings on this planet who completely disregard the sanctity of life, including their own children’s lives. Heck, they don’t even care about their own life, overriding the instinct that every other organism on the planet has of self-preservation. How do you come to terms with that? More importantly, how do you stop it?
Why We Need Happy Endings
So. The world is a bad, scary place. I’m not here to say who, or why or how it got to be like that. Each one of us has to make our own decision on how we are going to deal with it. I wanted to point out that because of all the stories we hear each day that may upset or frighten us, we also need to hear stories where something good ultimately happens. We need books, movies, television shows and plays to bring us hope. Show the characters getting slammed with problems and tragedies, and let them come out victorious. Or at least, better than they were when the story started. Maybe, if we can be reminded that good still can triumph over evil (whatever you perceive each of those to be), we can find our own personal balance and keep living our lives. Maybe even be happy.
Romance novelists get their share of criticism for being too trite, unrealistic, sappy, etc. But so what? Some of us need that to cope with reality. Sometimes, even if our personal lives are happy, the realities of the world we live in today can be overwhelming. Yes, we like hardship, villains, and drama in our stories, but that happy ending gives us some satisfaction, and the courage to continue on. Now, more than ever, we need that happily-ever-after.
Here’s wishing everyone a safe and prosperous New Year, and though it sounds like a fairy tale, peace on earth.

This site uses Akismet to reduce spam. Learn how your comment data is processed.