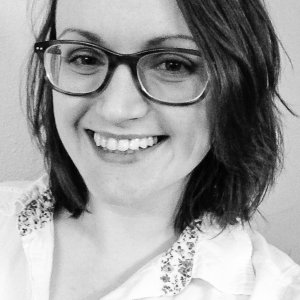 It is really exciting when you witness something great in the making. Like the recent launch of a debut novel that is one of the most intriguing and interesting stories to come along in quite a while. A novel with suspense, mystery, romance and a Southern-Style helping of the Paranormal.

Seven Souls, (Harrow #1), is the debut novel of author Elissa Stark. I had the pleasure of finding out all about her new series, set in the fictional town of Harrow, on Georgia’s coast. (Think Savannah, but more ‘small town’ with unique, engaging characters).   If you love a good crime story, but with a Gothic/psychic twist, you need to read this series! Here’s how it went down when Elissa and I got together recently:

I’ve always been drawn to cities like New Orleans, Savannah, and Charleston. I wanted to write about a smaller town that had a haunted Southern atmosphere while exploring themes in mythology and religion. Harrow, a fictional town on the Georgia coast, has regional tourism in sea creatures, ghosts, and hauntings, but there’s so much more to its reputation than that.

Phoebe Harris, as my protagonist, has special abilities (psychometry) but is new to the unseen side of Harrow. Readers follow her as she works alongside Jack Gregory, solving supernatural mysteries. We’ll also see how Phoebe herself is a mystery and how the supernatural world deals with her.

My degree is in Religious Studies and Classical Civilization. I’ve always been interested in the texts, legends, and mythology surrounding the Mediterranean. When I fleshed out the cosmology surrounding Harrow, I wanted to create something that could appear as a different interpretation, a world derived from the same stories but with a unique feel.

I also like exploring fate versus free will and the idea of the ancient hero versus the modern hero. I look at each character’s story arc through the lens – those who were born with free will have destinies to fulfill while those who adhere to the idea of fate leverage their will.

As for coming up with Harrow, I developed Jack first. His history with Harrow practically jumped out of my head fully formed. His connection to angels and demons drive many of the cases Phoebe and he explore, as well as his relationship with Phoebe and her past. I built up the city and cosmology around him. He’s the foundation of Harrow.

Phoebe, on the other hand, is a mix of reckless and vulnerable, lost and found. She’ll be our guide in exploring the world of angels and demons but I also wanted her to be a mystery. She’s still figuring out a lot of things – her place in society, her family past, the origin of her abilities, but she’s not afraid to discover more.

What starts as a small, haunted town will become central to a clash between the realms. What comes to pass in Harrow will have wide-reaching consequences.

We’ll see Harrow grow and change, not only through Phoebe’s eyes but also with the population of the otherworldly that flock there. In the first book, readers are introduced to the major players but will get to see more of Harrow in short stories, novellas, and future books as the series progresses.

I’m working on Six Wives, book two of Harrow, which I hope to have ready later this year. I hope to have book three out early next year. I am also working on a couple short stories that have been kicking around in my head.

Whenever I need a break from Harrow, I research and dream up stories for a sexy contemporary romance series surrounding politicians and royalty.

I can be found all over the place:

Seven Souls, book one of Harrow, is available at Amazon.

Thanks, Elissa! I for one cannot wait to read the next novel. Looking forward to spending more time in Harrow, as well as finding out about your upcoming projects!

This site uses Akismet to reduce spam. Learn how your comment data is processed.